Businge says they have set aside Shillings 50million under the Development Discretionary Equalization Grant- DDEG to kickstart the relocation exercise. She says that the money will be used to level the three hectares of land that will accommodate the dealers. 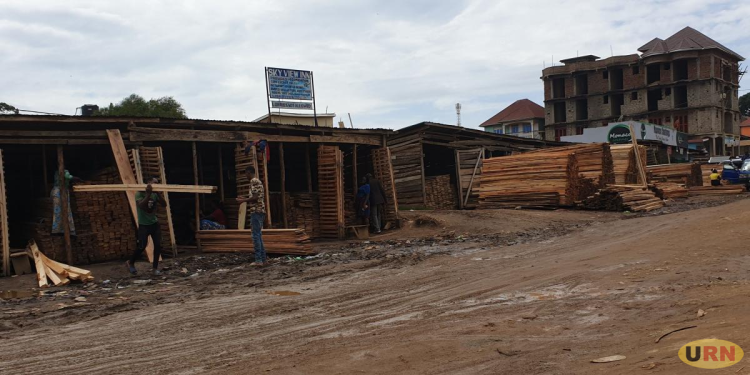 Fort portal city council is seeking Shillings 80 million to relocate Timber dealers from the central business district to pave way for re-development. This comes as the city is preparing to rehabilitate Kahunga Bunyonyi and water supply road under the Uganda Support to Municipal Infrastructure Development- USMID project slated to commence this month.

Prosper Businge, the head of Financial Planning and Administration at Fort portal city council, says that the city is currently seeking Shillings 80 million to facilitate the relocation of Timber dealers to Harubaho cell, Bazaar ward in Fort portal city central division. Businge says they have set aside Shillings 50million under the Development Discretionary Equalization Grant- DDEG to kickstart the relocation exercise.

She says that the money will be used to level the three hectares of land that will accommodate the dealers. “The bills of quantities show that Shillings 80 million is needed for this exercise. But as a council we have Shillings 50 million so far, which we want to start using to relocate the timber sellers,” she said.

Herbert Kaihura, the Fort portal city Principal Engineer, says that the town clerk’s office has released notices to the people conducting business along the road to enable them to prepare for the upcoming changes.

Kaihura says that the Kahungabunyi water supply road project has been delayed due to the slow relocation of the timber sellers. Edson Ruyonga, the Mayor of Fort portal Tourism City, says that the relocation of timber sellers to Harubaho will be the first step toward zoning businesses in the city to create order in line with the council resolutions when they assumed office.

“It is by coincidence that the road construction has affected our people on the said road. However, I wish to inform the public that with the construction of the road or not we had earlier passed a resolution to zone various businesses in the city and the public must be aware of that,” Ruyonga stated.

He says that a series of meetings have since been held to that effect and the timber dealers are complying with the council resolution.